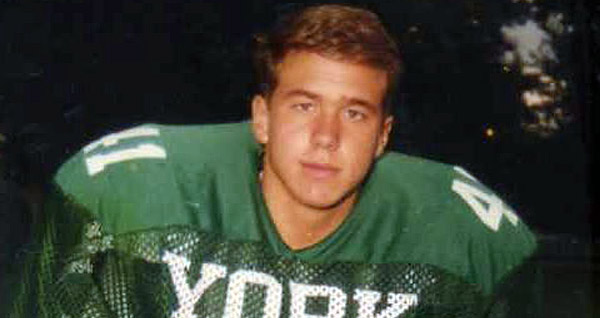 The Brian E. Wagner Award was instituted in 1993 after the unfortunate passing of Brian Edwin Wagner in July of that year at the age of 16. Brian was the President of his junior class at York High School and a very popular student-athlete. Not blessed with the physical size of many, Brian gave 100% to be all that he could be. His will and determination usually ended in success for Brian because of his “extra effort”. The award is presented annually to the person or group that exhibits “extra effort” for the good of the Turkey Trot and its’ benefactors. Brian’s mother Barbara and her husband, Ed Lackey, are active participants of the Turkey Trot Committee. The award will always serve as our benchmark for successes achieved through “will and want to”.

2017 was the last year we gave out the Brian E. Wagner Extra Effort Award. While we no longer give out the award, we will always hold Brian and his extraordinary will to succeed in our hearts.